Rancho de Oro  farm has 4 conventional broiler houses. These houses measures 26-30 ft x 180 feet. Three of these houses have 5,700 up to 10,000 heads of broiler the smallest one has 1000 heads of broiler in 28ft x 18ft area.
They use EM-1 Concentrate in drinking water and EMAS (EM Activated Solution) in spraying the manure and sanitizing the whole area. These greatly eliminate foul odor in poultry houses.
The use of antibiotics has been reduced and the broilers remain healthy. EM-1 was combined with Bacillus subtilisis gram-positive aerobic bacteria. They spray it in 3-5 days interval together with EMAS (EM Activated Solution). They also used Biotector S1W which is against Salmonella bacteria.
They also tried other beneficial microorganisms available in the market but they are more satisfied to the effect of EM-1.

According to Mr. Cedric Sycip,
"We're quite happy in EM-1. We noticed that it doesn't attract flies and our manure is easier to gather after the growing season, as they are not only dry but partially decomposed already. It’s very good. We're using it with combination of Bacillus subtulis and also Biotector (bacteria against salmonella)” 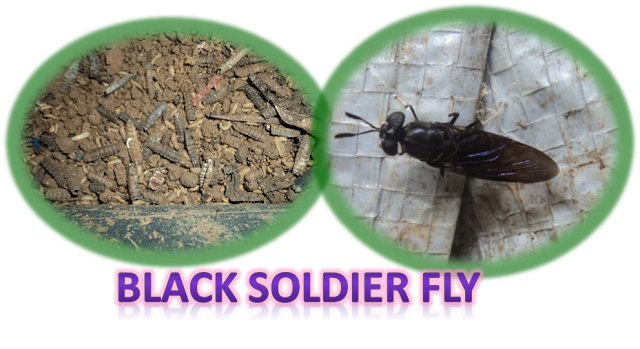 Black soldier fly (Hermetia illucens Linnaeus) was also observed in this area. Black soldier fly is beneficial insect that feeds on decomposing organic matter and also helps in reducing housefly eggs on poultry manure. Adults are harmless and do not bite. For more information about black soldier fly you may visit http://en.wikipedia.org/wiki/Hermetia_illucens or www.cals.ncsu.edu/waste_mgt/.../A2.pdf .

At present Mr. Cedric Sycip is actively promoting the use of EM-1 in poultries near their area as well as to his friends who are engaged on this business.
Posted by HARBEST at 1:04 PM 1 comment:


EM-1 EFFECTIVELY APPLIED AS DEODORIZER IN PIGGERY, PRO-BIOTIC DRINK FOR POULTRY at the RAYA FARMS. 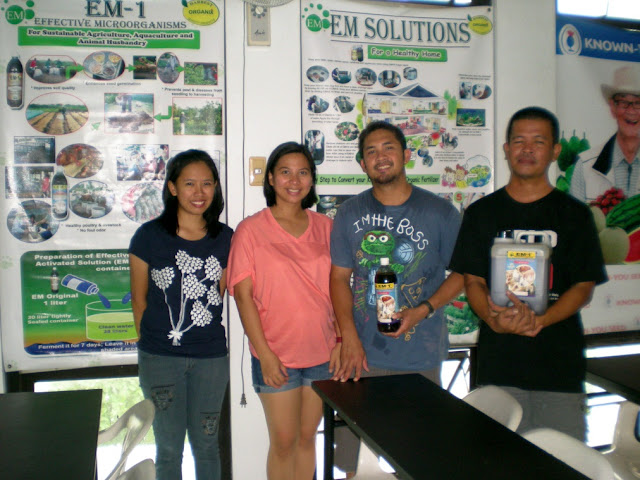 July 28, 2012.  Angelo Raya and his wife, Nicolette, shared their story using EM in his poultry and piggery farms as deodorizer for piggery and pro-biotic drink for poultry. Angelo read about EM through the Agriculture Magazine six months ago and learned about its effective application in poultry and piggery in Thailand.  At that time, he had problems of bad odor emanating from his piggery in Montalban. As urbanization sets in, his piggery is surrounded by residential area and odor is a main complaint of residents.  Upon learning about the EM-1 application for odor control in animal pens, he learned from Harbest Organix staff how to prepare EMAS with molasses.  He diluted it 50 times and sprayed the diluted EM solution (DEMS) on the collected manure of his pigs every afternoon mixed with carbonized rice hull.  The CRH absorbs the moisture.  After spraying, the feces become dryer and maggots no longer developed.  Odor is greatly minimized and the neighbors no longer complain about the bad odor.

Angelo’s family also operates several tunnel-vent type poultry houses.  As a personal advocacy, he wants to reduce his use of anti-biotics.  He is now doing trials for one poultry house using EM-1 mixed with the drinking water at 1:2000 ratio.  He observed that chickens drinking this EM treated water (non-chlorinated) has better growth and healthier. The maturity is one to two days earlier, resulting in lower feed and electrical cost.  His anti-biotic use was also reduced resulting to further savings.

EM-1, effective microorganism inoculants, developed by Dr. Teruo Higa of EM Research Organization of Japan, is now getting wide application in poultry and piggery in the Philippines. Harbest Organix, the organic and natural farming advocacy arm of Harbest, is now actively promoting the use of EM-1 in agriculture, animal husbandry, aquaculture and waste management in the Philippines. EM-1 is now considered as the cheapest input for organic farming that is laboratory tested and blended for beneficial microorganism  activated as deodorizer, pro-biotic input, composting inoculant, soil conditioner and feed supplement. In picture are Angelo Raya and his wife, Nicolette, with Mitch Razo, head of Harbest Organix and Bobbit Barbadillo of Harbest EM Team. Get more information about EM applications through email at harbest@harbest.com.ph, harbestediblegardening@yahoo.com 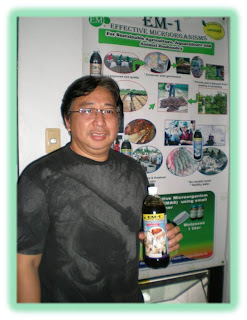 Michael is a professional Electrical Engineer who graduated from Adamson University.  At 43 years old, he has accomplished a lot in his profession.  From taking charge of the electrical system of oil tankers to the supply ship of oil exploration flatforms in Brazil, Michael has shown to the world the expertise of  Filipinos in the field of engineering.

For the past two years, Michael is preparing for his retirement from the sea to the land.  He has a five hectare property in Jaro, Leyte which he is developing as a natural farm.  Inspired by Ronald Costales of Costales Farm in Majayjay, Laguna, and Keith Mikkelson of the Aloha House fame for EM applications in agriculture, ruminants, cattle, aquaculture and household, Michael started using EM in his start-up poultry layer farm of 100 heads.  He gets a month leave every quarter which gives him time to devote to learning and practicing his natural farming technology.  He attended the Harbest 6 days intensive training course on high-value farming at the Harbest Training Farm in Jala-jala, Rizal, in which EM applications and vermiculture are further discussed aside from practical knowledge on vegetable and short-term fruits farming.

Michael shares below his EM application to his layers:

He ferments his commercial laying mash with EM activated solution with molasses.  He sprays EMAS on the powdered feed to around 30% moisture content and place this in an anaerobic container for ten hours before feeding.  This provides the effective microorganism to act as pro-biotic agent for the benefit of his chicken.

EMAS is made by mixing 30cc of EM-1 to 30 grams of molasses to one liter of non-chlorinated water. For volume mixing, one liter EM-1 to one kilo molasses mixed with 28 liters water. Seal tightly in a plastic bottle like a Coke litro, or a 36 liter drum for volume mixing,  for one week.  In between, release the gas formed during the fermentation process by opening the cap and seal tightly again.  For treated water from public waterworks, let the water stay in an open container for 24 hours to oxidize the Chlorine.  Chlorine kills microbes.  Hence this process.

On the seventh day, the EMAS can be applied on the laying mash as bio-organic inoculant. EMAS can also be diluted 50 times and sprayed on poultry and pig pens as deodorizer. It is quite effective too to remove odors from pets and their pens.

Michael also mixes EM-1 with the poultry drinking water (non-chlorinated) at 1:2,000 dilution. Or around three fillings of the coke bottle cap to one gallon of water.

He has been using this procedure for the past two years and finds these benefits:  1. There is no odor nor houseflies in his small poultry house. 2.  The chicken are quite healthy and not prone to sickness. Although still a small operation, Michael is already setting his sight to one day go into big time commercial operation in egg production.  Aside from poultry, he is starting with his mushroom experiment and is studying how to use EM for his media. Goat farming is also one of his priority.

Inspired by the Costales Farm, he hope to someday have an agri-tourism farm at Jaro, Leyte, complete with high-value vegetables and fruits as well as a complete line of farm animals and fish.
Posted by HARBEST at 2:14 PM 1 comment:

Make your own Foliar Fertilizer 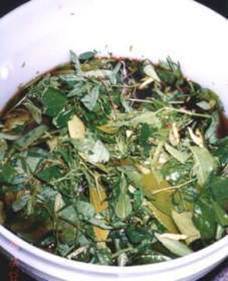 EM-FPE contains bioactive substances and minerals from plant which are extracted through a fermentation process. It works overtime through biological process and hence regular applications are required. It is not harmful to plants and animals. It has no overdose and with excessive applications the vigor of plants is enhanced by the absorption of EM derivatives and developing antioxidants within the plant. This enhances the ability of plants to resist the influence of pest and diseases. Though EM-FPE takes time to develop beneficial effects, its use will certainly enhance the quality of the crop and environment.
Fermented plant extract is made from fresh aromatic plants. This contains bio active substances, organic acids, minerals and other organic compounds which are extracted from plants through fermentation. FPE is  used as plant activator and use to PREVENT pest and diseases. 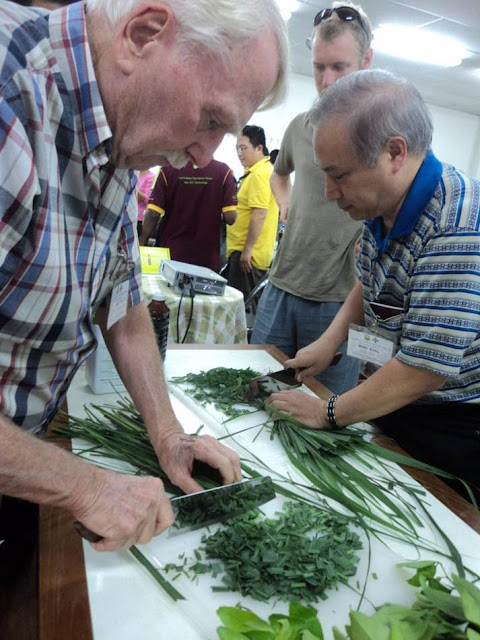 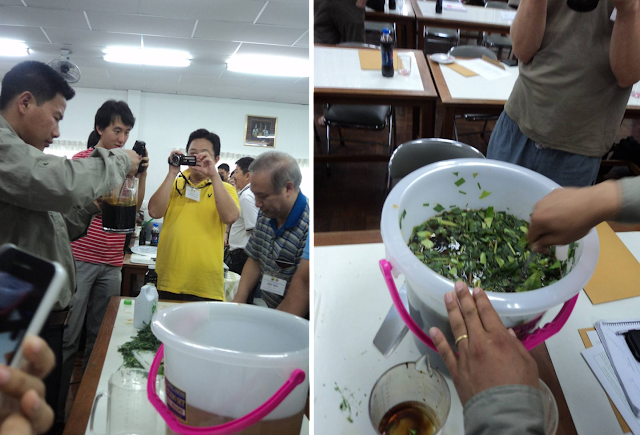 2.    Dilute molasses to water and mix EM-1 concentrate. Mix well before pouring it to the chopped leaves. 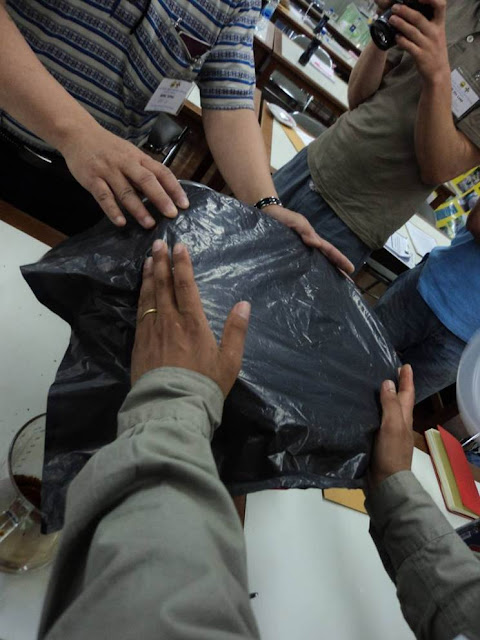 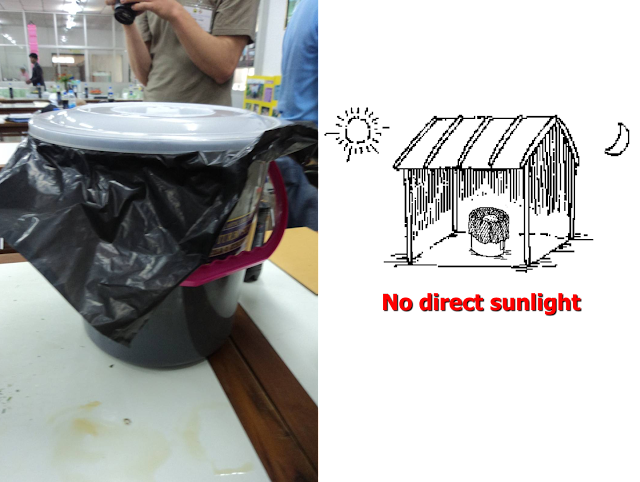 3. Cover the container with black polythene or vinyl
4.    Place the lid of container on the top of the black cover and place some weights on it. Avoid having space between the liquid and cover.
5.    Store the container in warm place (20-35 oC), away from direct sunlight.
6.    Fermentation is initiated and gas is generated within 2-5 days. This depends on the ambient temperature.
7.    Stir the container to release the gasses.
8.    EM-FPE is ready to use in 14 days, when it has sweet sour smell.
9.    Filter to separate liquid to its sludge. Use EM-FPE within 3 months.
10.    Always store the EM-FPE in an airtight container away from direct sunlight.
APPLICATION
Watering
Add to soil at a dilution of  1:100-500 by manually, using a sprinkler or by drip irrigation methods.
*1:500-1,000 dilution(for nursery)
→Enhance the root development and soil improvement.
Spray on leaves
Spray to crops at a dilution of 1:100-500.
→Enhance the growth, the resistance to diseases and pests and the quality of the products. 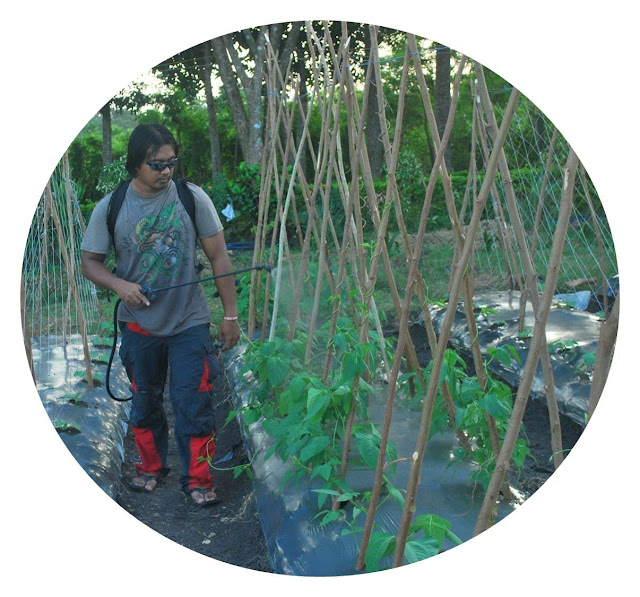 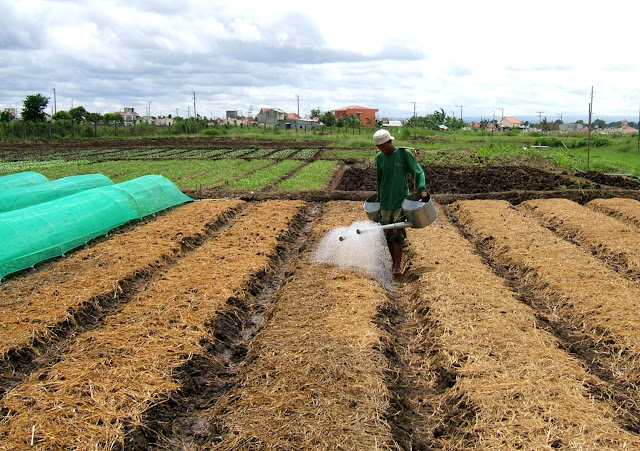 HARBEST
We are developing our product lines for organic farming advocates in Vermiculture, EM-1 Technology and Natural Farming from Taiwan, Japan, Korea and Philippines. Seeds, fertilizers, crop protection, farming technique, reading materials and training modules. We also provide proper and tested agricultural technologies for short term, high value commercial crops production and assist in their market development. We provide proper nutrition by providing educational materials and training for basic edible gardening and promote the protection of our environment and encourage our /nds to do so. INQUIRIES AND ORDERING CAN BE DONE CONVENIENTLY BY TEXT @ 0922-8521843; 09175392683; 0998-9825058 BY LANDLINE @ 86717411 TO 14 BY E-MAIL @ harbestsales@gmail.com, sales@harbest.com.ph